A former Major League pitcher who had a harrowing ordeal with cancer tipped his hat on Friday, April 15, to Kosciusko Community YMCA’s program that offers support to those fighting the disease.

In August 1988, Dravecky was diagnosed with a soft tissue cancer in the deltoid muscle of his pitching arm. Doctors removed a section of the muscle, and he was told he would likely never pitch again.

Ten months later, in his second start after coming back from surgery, a stunned stadium crowd and TV audience watched as Dravecky snapped his arm and collapsed on the mound in pain after throwing a wild pitch to Tim Raines.

He eventually had to have the arm and shoulder removed, which ended any chance of a comeback.

Together with his wife, Jan, he established a ministry and Dravecky often tours the country speaking to groups. 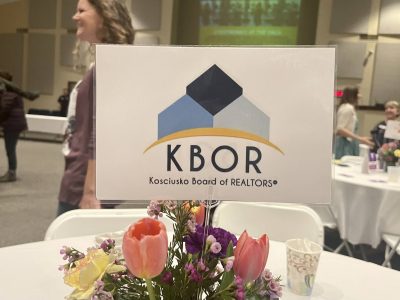 1 week ago by Michelle Cabrera

Get News, Updates, and Event Information

Copyright © 2022, Kosciusko Board of REALTORS®, All Rights Reserved.

We use cookies on our website to give you the most relevant experience by remembering your preferences and repeat visits. By clicking “Accept All”, you consent to the use of ALL the cookies. However, you may visit "Cookie Settings" to provide a controlled consent.
Cookie SettingsAccept All
Manage consent

This website uses cookies to improve your experience while you navigate through the website. Out of these, the cookies that are categorized as necessary are stored on your browser as they are essential for the working of basic functionalities of the website. We also use third-party cookies that help us analyze and understand how you use this website. These cookies will be stored in your browser only with your consent. You also have the option to opt-out of these cookies. But opting out of some of these cookies may affect your browsing experience.
Necessary Always Enabled
Necessary cookies are absolutely essential for the website to function properly. This category only includes cookies that ensures basic functionalities and security features of the website. These cookies do not store any personal information.
Non-necessary
Any cookies that may not be particularly necessary for the website to function and is used specifically to collect user personal data via analytics, ads, other embedded contents are termed as non-necessary cookies. It is mandatory to procure user consent prior to running these cookies on your website.
SAVE & ACCEPT